All other countries
Download as PDF
by Naoki Kamiyama, Chief Strategist
09 March, 2022

Although risk aversion in the wake of the Russia-Ukraine conflict has partially reversed the uptrend, Japan’s long-term yields have risen steadily over the past two and a half years. After falling to -0.195% in September 2019, a near record low, the 10-year Japanese government bond yield rose to a six-year high above 0.200% in February. The rise resulted in a warning by the Bank of Japan (BOJ) that it stands ready to defend 0.25%, the upper limit of the band it has pledged to maintain under its yield curve control programme. The main reason behind the yield rise has been the spike in inflation rates overseas, especially in the US, with the Federal Reserve now poised to begin hiking rates later in March. Even Japan, long a deflation enclave, has not been unaffected by this change in global market sentiment. Due mainly to the influence of foreign investors, who also expect the global inflation wave to wash over Japan, domestic market sentiment has shifted enough so that a US-style rise in yields is now seen as a distinct possibility by some.

From a textbook perspective, rising yields are considered negative for stocks. However, we do not think Japanese stocks will be exposed to the same kind of pressure that higher yields could have on their US counterparts. This is because while US yields could experience a sustained rise along with a robust recovery in corporate earnings, the Japanese economy has not reached such a recovery stage; as such, any spike by Japanese yields is likely to be short lived. Even if Japan does end up with a more sustained rise in yields, the country’s exporters may help the economy absorb the negative pressure. Exports from Japan, particularly to the US, are already at a high level and if the trend is maintained, the export sector could lift the economy by raising the wages and bonuses of its employees over the long term. An export sector-led economic recovery would help not only consumption but capex as well, and such a spillover effect would allow the economy to absorb both inflation and higher yields. The BOJ could perhaps consider normalising its monetary policy at that stage as the economy would hopefully be ready for yields to rise.

As mentioned above, a strong export sector could play a key part in lifting the economy by raising the wages and bonuses of its employees. This author hopes that expanding exports will become the biggest catalyst to boost Japan’s long stagnant wage growth and help the economy throw off the shackles of deflation. What are some of the reasons behind Japan’s stagnant wage growth? A big factor has been the Global Financial Crisis (GFC), which happened more than a decade ago. Post-GFC, many Japanese companies were faced with declining sales, and they opted to retain a certain amount of profits by cutting wages and bonuses. This was preferred over laying off employees, as corporate Japan was bound by the practice of lifetime employment. Maintaining headcount (often done by replacing better paid full-time contracts with part time agreements) resulted in overcapacity among corporate sectors and a drop in productivity.

It is therefore not surprising that Prime Minister Fumio Kishida has called for wage hikes so that a strong growth cycle can be set in motion. However, despite its best intentions, the Kishida administration has failed to provide specific policies to achieve higher wages. If Japan is serious about raising corporate productivity and wages, the country’s rigid labour restrictions will have to be relaxed, in our view, so that labour market liquidity can improve. While such a drastic reform is unlikely to happen any time soon, there are positive signs. We can at least pin our hopes on expectations of a robust export sector stimulating wages and enabling the economy to move away from deflationary pressures. We believe that higher wages will be key for the economy to cope with inflation if the phenomenon does grip Japan in the future, as consumers with more money in their pockets will be better equipped to deal with higher costs of imported goods.

The Japanese equity market ended February slightly lower with the TOPIX (w/dividends) down 0.43% on-month and the Nikkei 225 (w/dividends) falling 1.71%. The market rallied in the first half of the month as earnings announcement season was in full swing and investment flowed into companies reporting strong results. However, from mid-month onward, stocks were weighed down by risk-off sentiment stemming from the US Consumer Price Index (CPI) rising higher than expected, increasing concerns that the Fed would shift to quantitative tightening earlier than anticipated, and uncertainty surrounding the situation in Ukraine as Russia launched a military invasion.

Of the 33 Tokyo Stock Exchange sectors, 20 sectors rose with Marine Transportation, Iron & Steel, and Air Transportation among the most significant gainers. In contrast, 13 sectors declined, including Rubber Products, Pulp & Paper, and Textiles & Apparel. 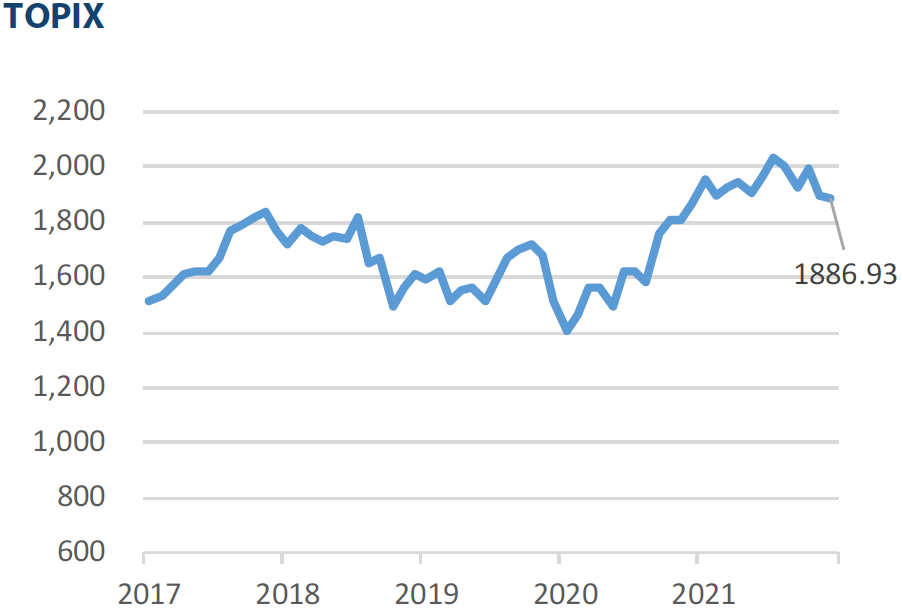 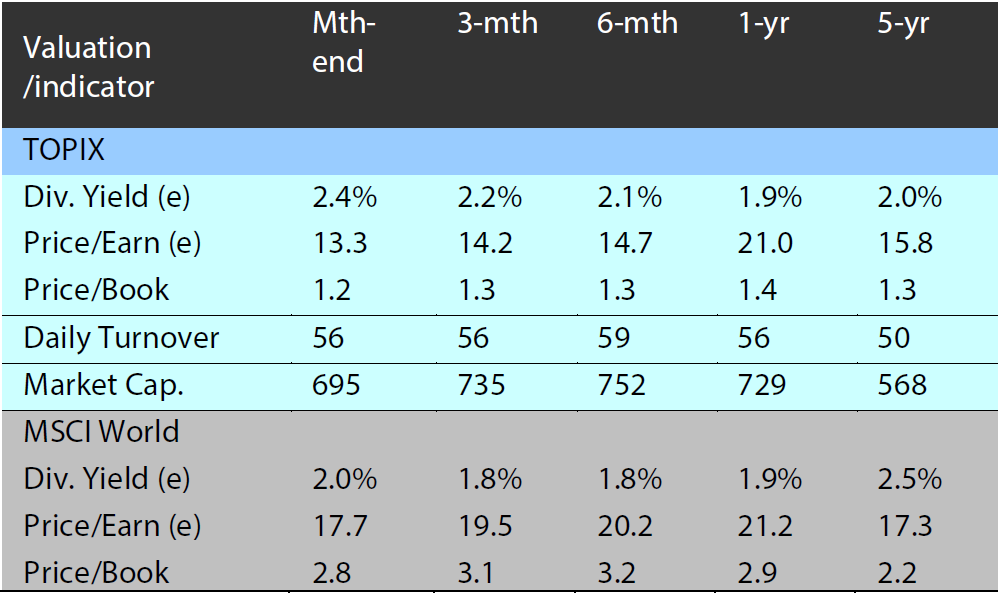 (e) stands for consensus estimates by Bloomberg. Turnover and market cap in JPY trillion. Source: Bloomberg, as at 28 February 2022 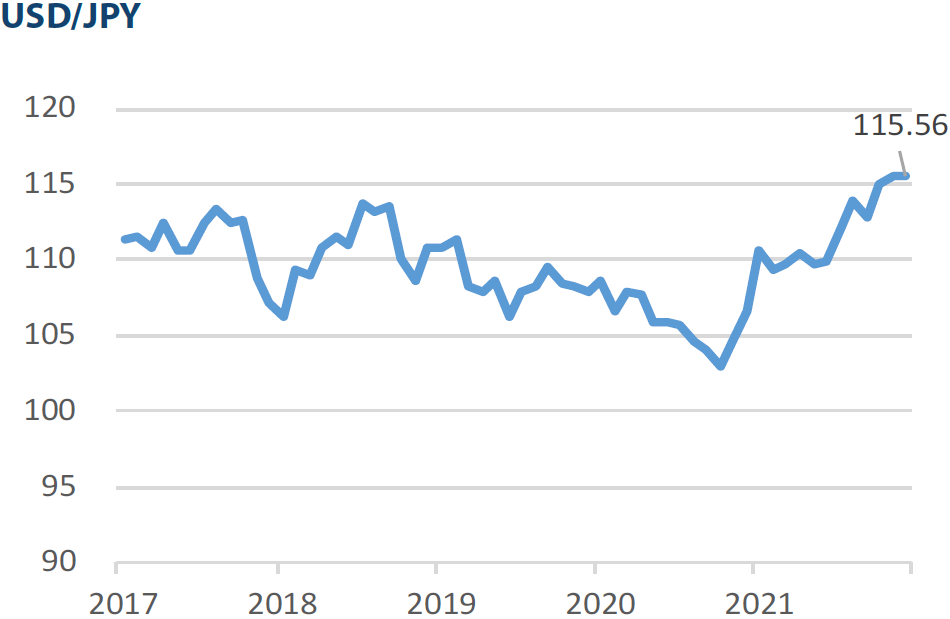