Bygones are Bygones – Don’t Look Back in Anger

All other countries
by Andrew Hunt, International Economist
01 November, 2021

Although it is often overlooked (perhaps because it is yet another rather inconvenient truth), the simple fact is that the COVID-19 Pandemic and the various Supply Chain Disruptions that have followed it has made most of us poorer.

Producers cannot get components, staff shortages are rife within the service sectors, and the international tourism industry is in tatters. The World Economy can therefore produce fewer cars, restaurant meals, and holidays than we did in the past and so in real terms we are all on average poorer; our ability to produce value added has been constrained and as a result our real incomes are lower.

It is of course immensely difficult to know by how much economies are poorer and we may have to wait decades for the economists to finally come up with ‘definitive’ numbers but it is our sense that sustainable GDP has been reduced by circa 1.5% in the USA, a little less in Australasia, a little more in China, and it seems that BREXIT Britain has faced a larger loss of perhaps 4% of GDP.

As Japan has shown, falling incomes can create a growth-sapping deflationary mindset in which consumption is always waiting for things to get cheaper tomorrow. Moreover, nominal income deflation in highly indebted economies – which nowadays is most economies – can be a dangerous phenomenon that causes debt defaults and financial crises.

Of course, policymakers decided against this nominal deflation route and instead they reacted to the Pandemic by providing huge fiscal stimuli and inflating the global money supply. In short, they decided to defend nominal incomes and, although at times some of them certainly went too far with their measures (we take particular issue with some of the details of the Fed’s actions in March 2020), we would argue that what they did was on balance right at the time.

It may not have been made explicit – and some may not have recognized it themselves – but choosing price inflation over falling wages was undoubtedly the right thing to have done at the time for societies. Admittedly, those on fixed incomes might have preferred deflation but most of us tend to prefer the effects of inflation to those of deflation. 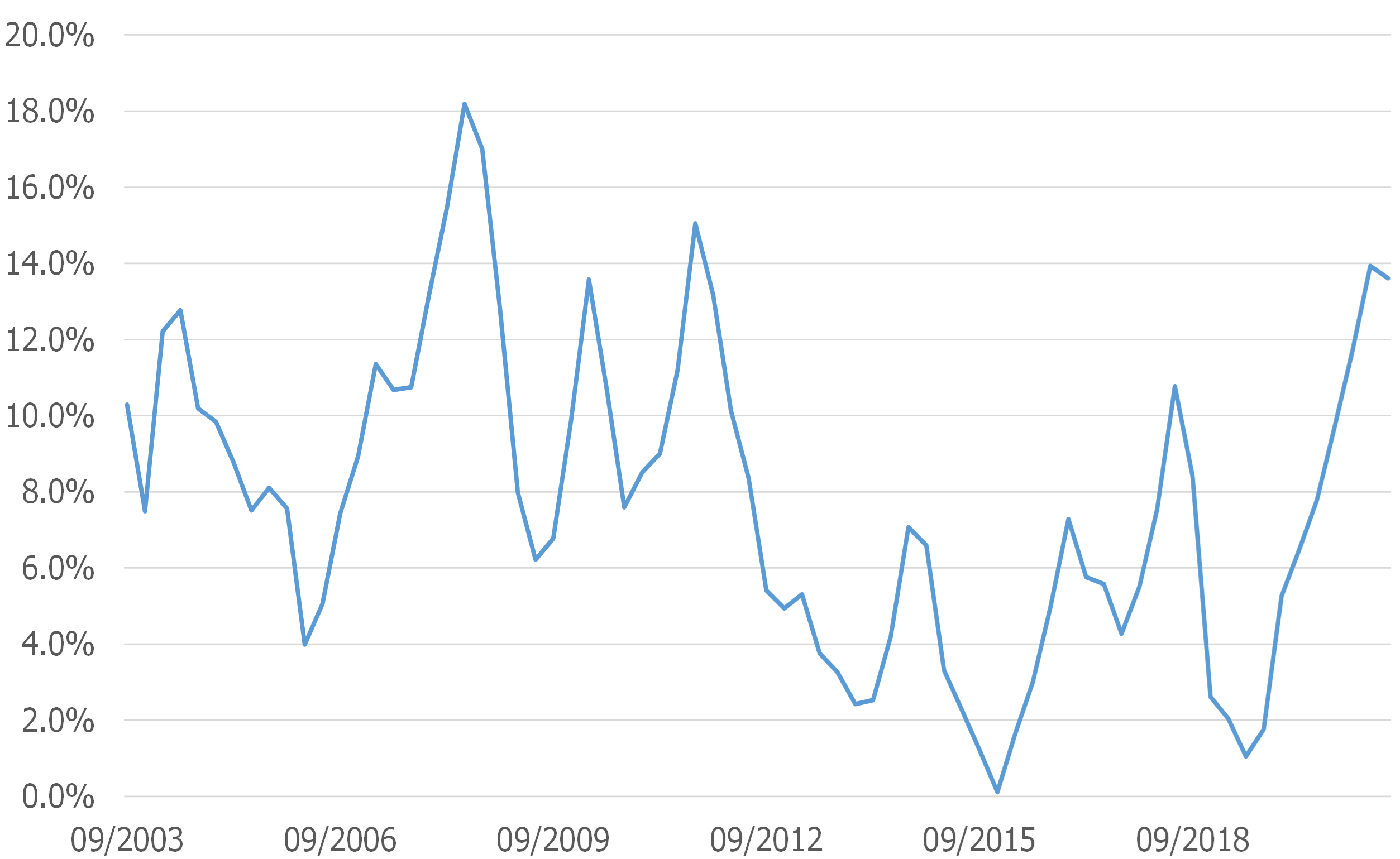 It is probably the case that policymakers in some countries did go too far and that politicians certainly became rather too enamoured with the opportunities for spending that were seemingly implied by “MMT”, or the magic money tree as we like to call it. But, deliberately or not, we believe that they did choose the lesser of the two available evils.

All of this makes us a little perplexed by the reaction of the press to the fact that inflation rates have increased of late. The inflation of nominal incomes through government transfers at a time during which the economy’s potential to produce “things” was always going to produce higher prices, since as we keep saying there was no getting away from the fact that the Pandemic has made us poorer in real terms. In this sense, we should perhaps be welcoming the inflation and not becoming quite so angst ridden about it.

Will the inflation be persistent or transitory? In many ways this is the most pressing question of the day for asset prices and our argument, and that of those central bankers with which we have spoken, is that inflation will only become persistent if policy allows it to become persistent.

There is no doubt that macro policy settings need to tighten and by-and-large this is what is happening as fiscal transfers are wound down and Quantitative Easing Policies come to an end. We fully support the removal of these extraordinary measures – monetary growth needed to be reduced and we calculate that in most countries the removal of QE will be sufficient to reduce it to a more pedestrian rate.

Moreover – and very importantly - we must also note that as prices have risen, they have indeed made us poorer – real income growth globally is now demonstrably weak in most countries and this will also tend to weaken economic growth rates naturally (as will the supply shortages themselves – if you can’t physically buy something expenditure will tend to fall...).

In fact, we would argue that the combination of the removal of the extraordinary policy measures and rising prices is already proving sufficient to curtail global growth and thereby ensure that inflationary pressures will subside next year. The EZ economies have lost momentum, the US looks softer and our data suggests that China may in fact be in a recession already. 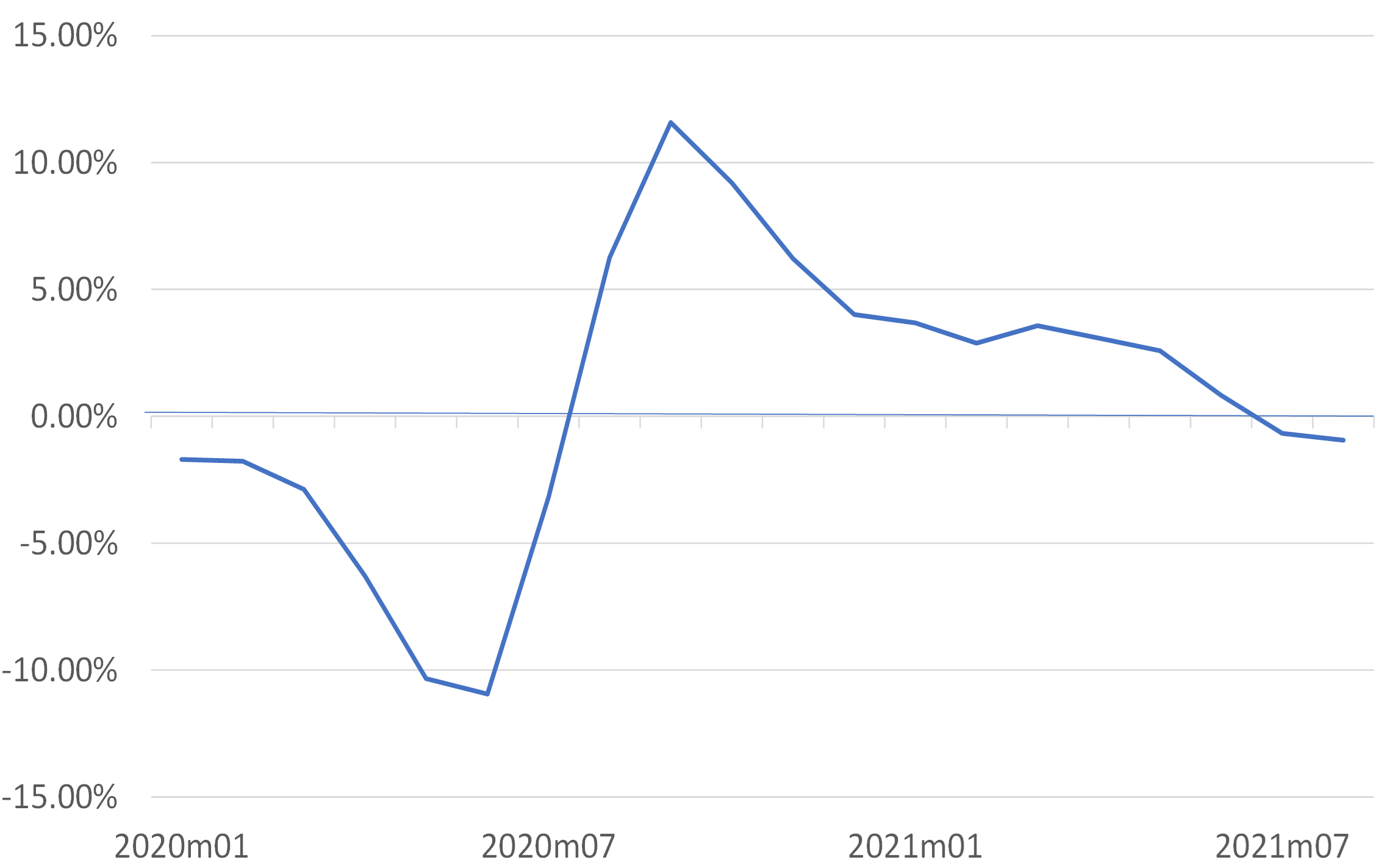 Global growth has clearly already subsided and inflation rates will fall when the demand side of the global economy weakness relative to supply (and we have found evidence that conditions on the supply side are starting to improve at the margin). Consequently, we expect the global inflation scare to wind down early next year once the real and nominal economies have been re-synchronized. Yes, real incomes and growth will be lower than before the Pandemic but there is nothing that we can do about this irrefutable fact.

However, if one were to read the financial press, one would get the impression that the central banks have been incompetent and that they – and by implication we – need to now atone for their sins by reversing the stimulus that they provided by raising interest rates and exorcising the inflation that was created out of necessity last year. However, if we now exorcise the inflation, then real incomes will have to fall via income deflation – the very thing that we sought to avoid last year.

At present, the press and indeed short-term interest rate markets seem intent on forcing central banks into a sharp reversal of last year’s rise in house prices and causing nominal demand in the service and goods sectors to fall. This is, of course a recipe for a hard recession and deflation.

Therefore, we suspect that while it is currently fashionable “to bash the central banks with the inflation data” (and some central bankers that care about their image may even react to this pressure), within a few months or perhaps even weeks the media will latch on to the fact that they really don’t want to see what they are proposing, and that the clamour for higher rates will subside. Indeed, by early next year, we suspect that the press will be more worried about weak growth than inflation.

At its heart, the Pandemic was a shock to the global supply chain. While the Pandemic initially did impact demand as well, policymakers have by and large dealt with that side of the equation, but there is nothing a central bank can do about gummed-up port facilities, non-emission compliant ships, lock downs and even the machinations of international relations. Mr Powell can no more clear the log jam in Long Beach as he can get Mr Putin to turn the gas back on in Europe. What central bankers need to do from here is to stabilize monetary conditions at sustainable rates of growth – this of course implies less monetary stimulus but we don’t need to reach for the proverbial hairshirts either at this time. In 2022, we need stable neutral policy settings; not a gung-ho easing and certainly not a draconian regime.