What Next for Bonds?

All other countries
by Andrew Hunt, International Economist
02 May, 2022

The rise that has occurred within longer term bond yields over recent weeks has certainly been “enthusiastic”, and we suspect that many view the move as being no more than a belated / overdue reaction to the higher rates of inflation within the global system. However, it is perhaps a little ironic that the rise in yields has occurred just as many people are suggesting that the sequential rates of inflation within the “core” measures of the CPI in the USA have begun to slacken. The latter is a view that we are not quite ready to embrace just yet, but one that we suspect may become justified before too long.

It is perhaps even more ironic that yields are climbing just as the global economy is slowing, at least in real terms. Higher inflation rates often give the impression of growth where it is not there (hence it is so difficult to manage a company in an inflationary environment), but even the ever optimistic World Bank and IMF are having to admit that the outlook for global growth has deteriorated sharply.

In fact, we think that global growth has already come to an abrupt halt. Much of the output growth that did occur during the latter part of 2021 looks to have been the result of companies rebuilding their inventories as supply chains reopened, a move that they have now largely completed. Hence, it was never likely that the strong sequential growth rates recorded late last year were going to be sustained.

In fact, since the turn of the year, we find that household incomes have fallen in real terms in perhaps all of the major economies, real money and credit growth rates have all but collapsed around the world, and uncertainty over the future has increased. Indeed, it is our sense that China’s economy came to a resounding halt a few weeks ago (with help from the lockdowns), Japan’s latest data looks extremely weak, as does that from Europe, and even the US seems to have lost momentum. Thanks to the camouflaging effect of inflation, we suspect that few market participants are aware that US retail volumes have not expanded for half a year. This does not seem to be an environment in which bonds should be particularly weak on the basis of economic trends.

USA: Don’t be fooled by inflation 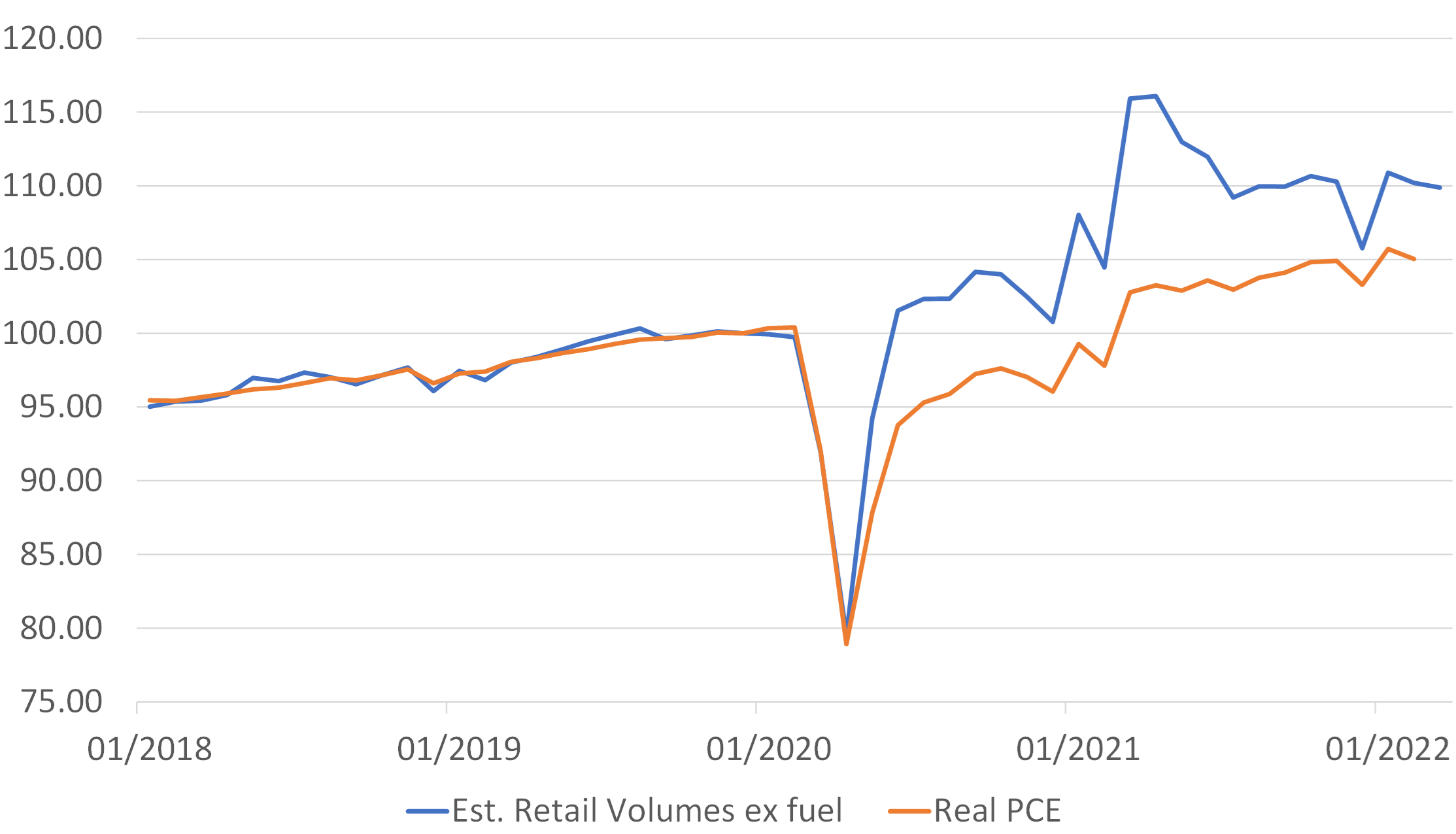 Some might of course argue that the debt markets are not looking at short term factors and instead reacting to a perceived secular change in the inflation outlook but we would suggest that if this is the case, then they must be making an assumption about how policymakers will ultimately react to the approaching reality of the recession. It is certainly not an implausible hypothesis that there will be a panicked and ultimately inflationary easing of monetary and fiscal policy next year, but we would argue that the dice have yet to be cast on this particular issue and hence we are reluctant to embrace this hypothesis just yet.

In fact, we suspect that it is much more likely that the bond markets today have been merely reacting to a fundamental change in the supply and demand situation within their own micro systems. Specifically, we know that since March 2020, the US Treasury has issued $5.5 trillion of public debt securities, but over the same period the Federal Reserve acquired $3.7 trillion of these bonds. Moreover, there tended to be a doubling up effect from QE in the bond markets. When the Fed created an extra (almost) $4 trillion of deposits through its Pandemic-era asset purchases, it caused the balance sheets of the US commercial banks to rise by more than a fifth.

This enforced, and essentially involuntary, growth in the banks’ balance sheets placed immediate and pressing pressure on their regulatory capital positions, thereby implying that the banks needed either to raise capital or to lower the average risk weighing of their asset books. In reality, most banks chose the latter route, primarily by eschewing risk lending to the real sectors of the economy and instead either buying Treasuries, or concentrating their lending in highly collateralized ‘cash lending’ markets, principally to other financial entities. Indeed, since the Pandemic began, the US commercial banks have acquired $1.6 trillion of Treasuries. Meanwhile, the banks’ lending to other financial institutions will have required the borrowers to post collateral, usually in the form of Treasuries. We “guestimate” that this collateral effect generated a further $300-$500 billion in demand for T Bonds.

The result of all of this was that between March 2020 and early December last year, there was a sharp decline in the volume of Treasury bonds in circulation outside of the banking system. This was of course very supportive for bond prices – even as the economic news flow was unhelpful last year. Crucially, if we look at the data for the net supply of bonds to non-bank investors since President Biden took office, we find that during the peak of the inflation surprise that occurred in the middle of last year, bonds were most likely in short supply. However, since the debt ceiling was raised in December, the situation has of course changed rather radically.

Outside the US Banking system USD billion, cumulative since President Biden took office

To make matters worse, the Federal Reserve is plainly moving in the direction of QT and we suspect that, as the Fed reduces its holdings of T bonds and in so doing “destroys” deposits, the commercial banks will also jettison some of their own bond holdings (particularly in light of their current high weighting to these instruments). In addition, domestic financial sector credit trends look to have weakened, thereby implying a reduced demand for T bonds as collateral from this source. Foreign central banks may also be diversifying away from the dollar (perhaps?), but we suspect more significant has been the recent and ongoing contraction in the Eurodollar credit markets which will likely have led to a sharp drop in the demand for T bonds from this source (i.e. the collateral effect).

All in all, we suspect that all of this represents something of a perfect storm for the bond markets and we expect their current weakness to persist to some extent for the next few weeks and perhaps even into Q3 as this supply glut persists. This should continue to support the external value of the US dollar over the next few months. However, as we enter the fourth quarter, we suspect that global growth will by then be so weak that the bond markets may be able to find some solid ground and perhaps even strengthen somewhat - particularly if the stagflationary environment continues to take its toll on equity markets, as seems likely.