All other countries
Download as PDF
by Shigeru Aoyagi, Chief Portfolio Manager
06 September, 2021

Opportunities presented by firms with technologies to reduce GHG

Gone are the days when all a company had to do was increase profits for its share price to rise. Social responsibility has become a key factor in the investment world and firms now need to link returns and growth to social issues to boost their shares. The growing importance of social responsibility presents an excellent opportunity for firms willing to tackle and resolve social issues.

Reducing greenhouse gasses (GHG) is one such theme, and hydrogen has drawn a significant amount of attention as a clean alternative to carbon-emitting fossil fuels. GHG reduction also represents a large market that can benefit a variety of firms. Many Japanese companies possess the technologies necessary to reduce GHG and utilise hydrogen. However, the technologies are either still intangible and yet to be represented in data or they are only in their experimental stages, and any profit firms derive from such technologies have yet to be expressed as concrete financial information.

An example of a Japanese firm with cutting edge hydrogen-related technology is Kawasaki Heavy Industries. The company might be better known to the public as a manufacturer of industrial equipment ranging from motorcycles to ships. But after playing a role in helping Japan become an industrial powerhouse in the 20th century, Kawasaki Heavy has its sights set firmly on the 21st century with its emphasis on hydrogen.

Kawasaki Heavy is the only company in the world to possess core technologies related to every stage of the hydrogen supply chain. The company is capable of producing, storing and transporting the notoriously volatile fuel and then using it to generate power. The company has technology few others can replicate; for example, earlier in 2021 it unveiled the world’s first tanker capable of shipping liquid hydrogen. The firm is aiming for net sales of JPY 500 billion (USD 4.5 billion) in its hydrogen segment by 2040.

The primary reason hydrogen is in the spotlight in Japan is the government’s ambitious goal for the country to achieve carbon neutrality by 2050. Hydrogen is expected to play a key role as Japan tries to reshuffle its energy mix and reduce its reliance on fossil fuels, especially when nuclear power is no longer a viable alternative.

As Chart 1 shows, the government’s interim goal is to achieve a 46% GHG reduction by 2030 relative to 2013 levels. Japan emitted 1.4 billion tons of GHG in 2013 and only managed to reduce emissions to 1.21 billion tons by 2019. The country therefore has to drastically step up its efforts if it wants to reach its interim goal

Reference to individual stocks is for illustration purpose only and does not guarantee their continued inclusion in the strategy’s portfolio, nor constitute a recommendation to buy or sell.

Source: Ministry of Economy, Trade and Industry data compiled by Nikko AM

Chart 2 highlights the two measures Japan will employ to reduce GHG: energy conservation and the introduction of alternatives to fossil fuels. Energy conservation plays a critical role in the power sector’s effort to cut its carbon emissions, and power utility companies have significantly raised public awareness towards the issue. That said, the power sector only accounts for 36% of Japan’s CO2 emissions. To tackle the remaining 64%, the adoption of alternatives to fossil fuel becomes imperative. 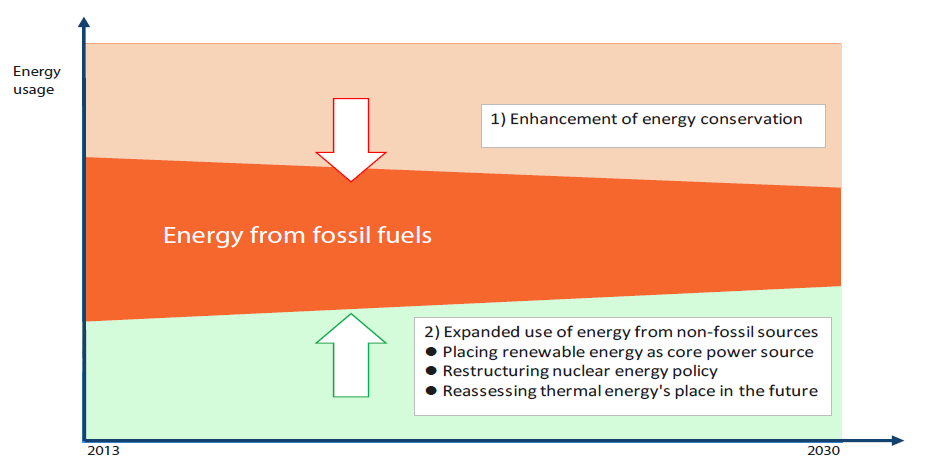 Source: Ministry of Economy, Trade and Industry data compiled by Nikko AM

Nuclear power is of course one such alternative. However, the government will likely run into opposition if it tries to expand its usage as the 2011 accident at a nuclear power plant in Fukushima caused by a devasting earthquake and tsunami remains fresh in public memory. With few other options available—and this is a key point to remember—Japan is trying to embrace hydrogen to meet its energy needs.

Hydrogen can be produced from natural gas and coal. It can also be extracted from water through electrolysis, which is the process of using electricity to split H2O into hydrogen and oxygen. The former produces CO2, which is sequestered in a process called carbon capture and storage (CCS) while hydrogen is extracted for usage. The latter uses enormous amounts of CO2-free electricity generated from renewable energy sources, mostly solar. Since Japan does not possess the required natural resources nor have the space to build large-scale solar farms for electrolysis, it will have to acquire hydrogen from Australia and the Middle East, which have abundant natural resources, land and sunlight for solar farming.

Shipping hydrogen produced in Australia and the Middle East to Japan currently presents a big technological challenge as it has to be turned from gas into liquid by cooling it to minus 253 degrees Celsius before it can be transported. This is why ammonia is currently in the spotlight as the chemical, which is produced by combining hydrogen with nitrogen, can serve as a hydrogen carrier. Roughly 18% of ammonia’s weight consists of hydrogen, which can be extracted from ammonia with relative ease. Compared to hydrogen, ammonia liquefies at a more manageable minus 33 degrees Celsius and is therefore much easier to store and transport. Ammonia is also a very widely used chemical (Chart 3) with the storage and transportation infrastructure already in place. We therefore believe that ammonia will be used extensively as an alternative to hydrogen until the technology and infrastructure for the effective transportation of hydrogen is developed. 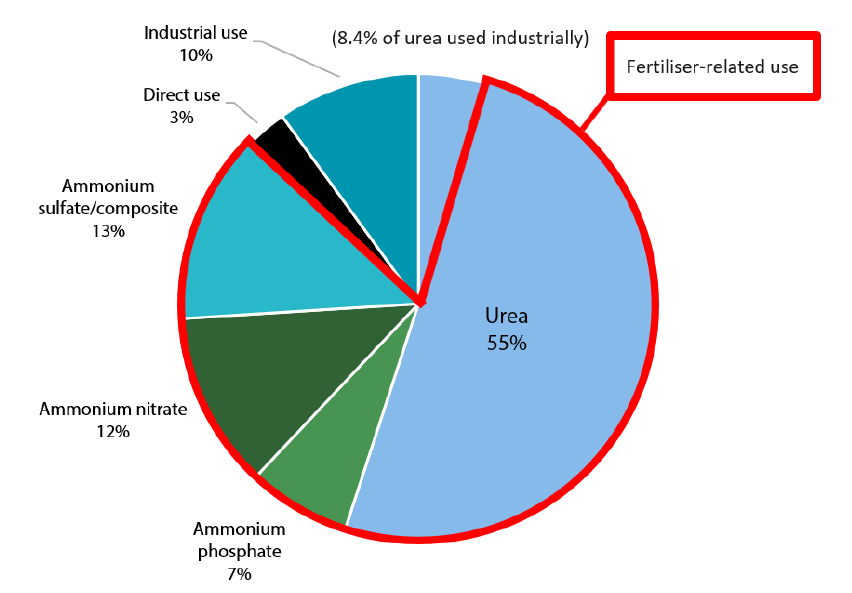 Source: The Institute of Energy Economics, Japan and NEXANT data compiled by Nikko AM

Chart 4: Cost of generating power by hydrogen and ammonia compared

Source: Agency for Natural Resources and Energy data compiled by Nikko AM

The changes currently taking place in Japanese society, notably the move to develop hydrogen amid the country’s ambitious bid to decarbonise, have opened the door for companies with the knowledge and technology to tackle and solve social issues. The drive towards adopting hydrogen has only just started, meaning there are many companies with technologies and ideas that are yet to be discovered by the market. Our aim is to actively identify such firms before their strengths and expertise are reflected in their share prices.