As the Fed continues to unwind its stimulus, even amidst threats of global deflation, there are hopes that China will accelerate the liberalization of its capital account and take over the Fed's role as the global supplier of liquidity.
Share this

As the Fed continues to unwind its stimulus, even amidst threats of global deflation, there are hopes that China will accelerate the liberalization of its capital account and take over the Fed's role as the global supplier of liquidity. The idea of the redback (renminbi) taking over leadership from the greenback (US dollar) is argued as beneficial to China, which has been facing excess capacity and ageing in recent years. A comparison is thus made to Japan during the mid-1980s when the US drove Japan to open up its capital account on the rationale that the internationalizing of the yen would help to rebalance the global economy, particularly the US' huge trade deficit against Japan. The push culminated in the Plaza Accord in October 1985 that led the yen to strengthen by more than three-fold in the ensuing decade.

While the parallel between today's China and Japan in the mid-1980s seems reasonable on the surface, there are important differences to show that the transformation of China into a global capital exporter might still be a good few years away. Indeed, China will stay on track to fully liberalize the CNY as the need to do so is clear – namely, to bring free market efficiency to its domestic markets, an agenda already openly endorsed by the Chinese leaders. Over the past year, regulators have expedited the processing of inbound investment licences, and shaken up the governance of shadow banking and local government finances. Policymakers have made the CNY exchange rate more flexible as well as made changes to the domestic money market to prepare for a market-based framework.

However, the timing simply isn't ripe now for China to readily assume the role Japan played three decades ago. Firstly, China is not Japan in the mid-1980s, especially regarding its excess capacity and ageing. As shown in Chart 1, China's output gap today is much less wide than Japan's gap during the 1980s. 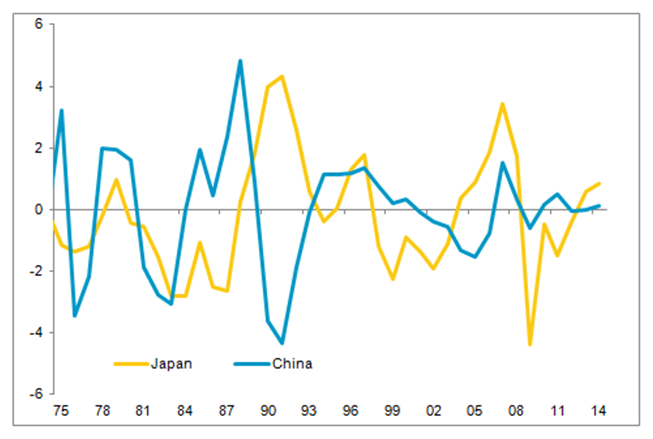 Chart 2 shows China's aging of population is starting from a much younger level than Japan did in the mid-1980s. A surge in births during the 80s and 90s means that many of these people have only recently entered the workforce, compared with more people already at mid-career in Japan during the 80s. In fact, China is currently facing disinflation, so if China fully opened its capital account soon, it might trigger an avalanche of capital outflows that could shake up its real estate, mining and commodities sectors, as well as its shadow banking and local government debt structures, so much that it could plunge the economy into deflation and recession. 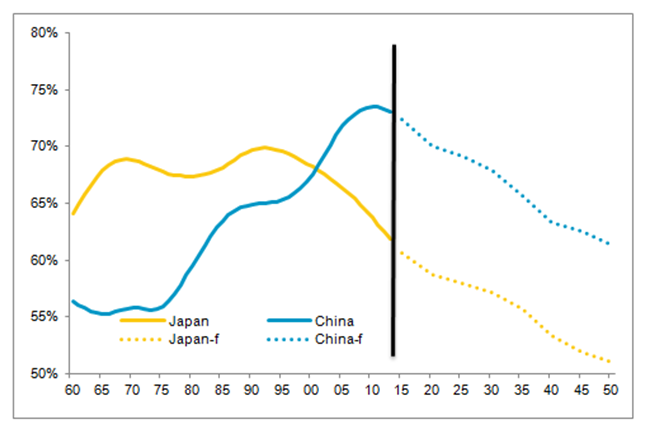 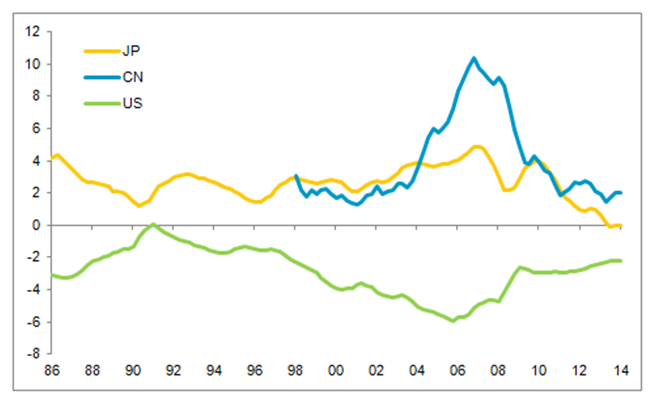 For China to assume global monetary leadership, it would require the world's largest economy with dominance in international finance (the US), to push for the creation of a Euro-yuan market. Clearly, the US has neither the need nor the interest to play this role at this juncture. In other words, the Plaza Accord worked because there was a push (from the US) and there was a pull (from Japan) which spawned the Euroyen or the samurai market. Unfortunately, this effort faltered because Japan experienced a market meltdown (see Chart 4). This is a lesson that Chinese policymakers are likely studying to avoid a similar fate in the future. 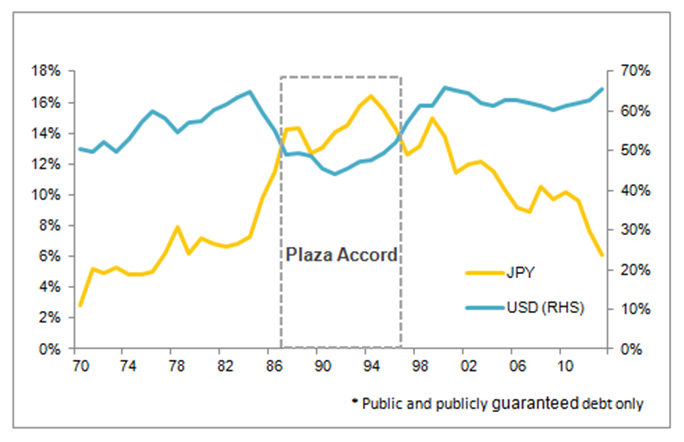 From China's perspective, therefore, the right timing for opening up its capital market will be after it has ironed out its host of problems and deepened its own domestic markets. From the perspective of the outside world, however, the ideal timing is "now" before the Fed embarks on the actual reduction of its balance sheet, which might only occur a year or so hence.

We should be prepared for a period, hopefully a brief one, when the world faces a liquidity withdrawal, but this is ultimately a small price to pay to be sure that China is ready. Meanwhile, the seed of a Euro-yuan has already been planted in the offshore "dim sum" market that has now expanded beyond the shores of Hong Kong. As the outstanding stock of JPY-denominated debt instruments continues to diminish since hitting a peak in the mid-1990s, CNY-denominated debt instruments have been on the rise, albeit remaining of minor international significance (see Chart 5). 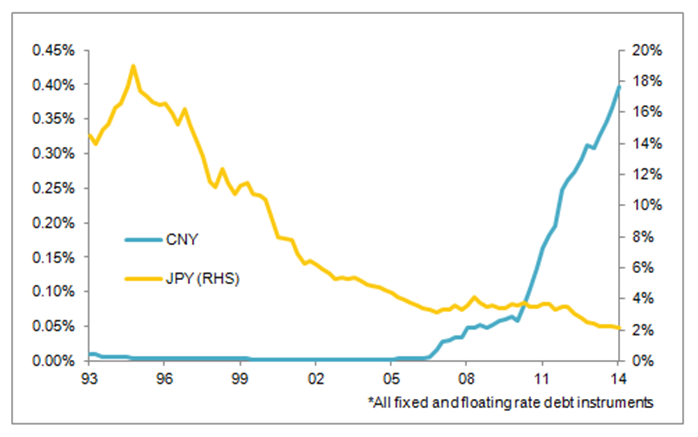 In sum, it is clear that China is not ready to be a leading provider of global liquidity in the short-term. Of course, there may be significant outflows due to its current account surplus and as local investors, both retail and institutional, implement portfolio diversification, but the effects of such on global markets should not be major this year. Global investors, therefore, will need to maintain their concentration on the G-3 central banks in order to analyze global liquidity conditions.

Woon Khien joined Nikko AM Asia in January 2014. She taps on her experience in strategy research to deepen the fundamental coverage and technical analysis of the Asian economies and markets, generating strategic investment ideas that help in the management of Asia local portfolios. Woon Khien has over 20 years of experience in economics, foreign exchange and interest rate markets research in Asia, and is well regarded as a China specialist. She holds a BSc in Mathematics and Economics and a Bachelor of Social Science (Honours) in Economics from the National University of Singapore. She also has a master's degree in Economics from the London School of Economics.